It is with deepest sorrow that we have to announce the passing of
Brian Turner, on Wednesday 3rd April 2013.

Brian was the former Secretary of the Home Service Force Association
and as such, held the Association together for seven years. 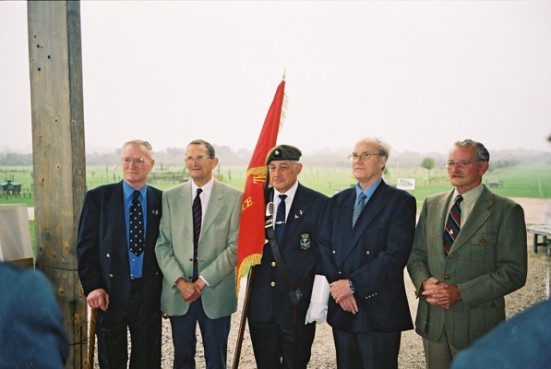 Brian’s remains were cremated at Emstrey Crematorium Shrewsbury followed in the presence of his family and friends, with comrades from D (HSF) Sqn QOMY and from The Home Service Force Association A light buffet was held afterwards at The Lord Hill Hotel, Shrewsbury.

In addition to his duties as Secretary of The Home Service Force Association, Brian was an active volunteer at his local hospital, Secretary of his local Laryngectomee Club and organiser of The HSF Association News & Views Newsletter using through a local charitable enterprise, The Fletcher Centre in Shrewsbury.

based in Colchester after the disbandment of that Regiment …………..http://www.2regtra.co.uk/

A few words from Brian, transferred from his Secretary’s page:

“I served with The Royal Regiment of Artillery for 22 years, leaving with the rank of Staff Sergeant, a Battery Quartermaster Sergeant. Living in Shrewsbury, I joined The Queens Own Mercian Yeomanry (QOMY) when I left The Colours, and commanded a Troop, before moving on to the local HSF Company, which happened to be part of 15 Battalion RAOC.  Subsequently that formation, D (HSF) Company, was transferred to the QOMY and became D(HSF) Squadron QOMY, and I was reunited with some old mates.”

The Association extends its deepest sympathy to Heather and her family, as they remember Brian and the sunshine that he brought us all.

Tell us your news Cancel reply